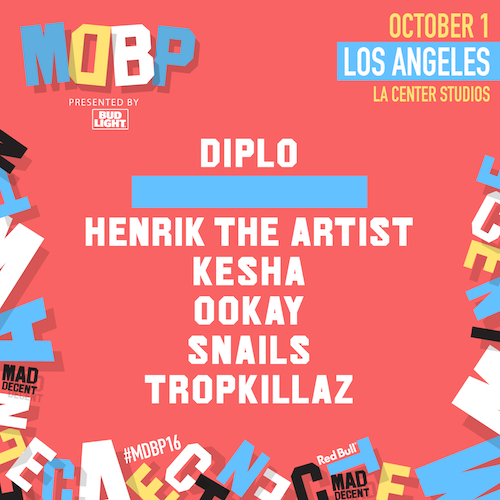 Diplo’s Mad Decent Block Party is once again returning to Los Angeles on Saturday, October 1st. The event will be held at the Los Angeles Center Studios, where previous versions of the party have been held. Scheduled to perform so far are Diplo, Henrik the Artist, Kesha, Ookay, Snails, and Tropkillaz. There’s also an artist beneath Diplo that’s yet to be revealed, so keep an eye out on the mysterious DJ. By the time the show is here, MDBP will have been had 16 shows in 13 cities with LA being the last stop, so you know they’ll all want to end with a bang!